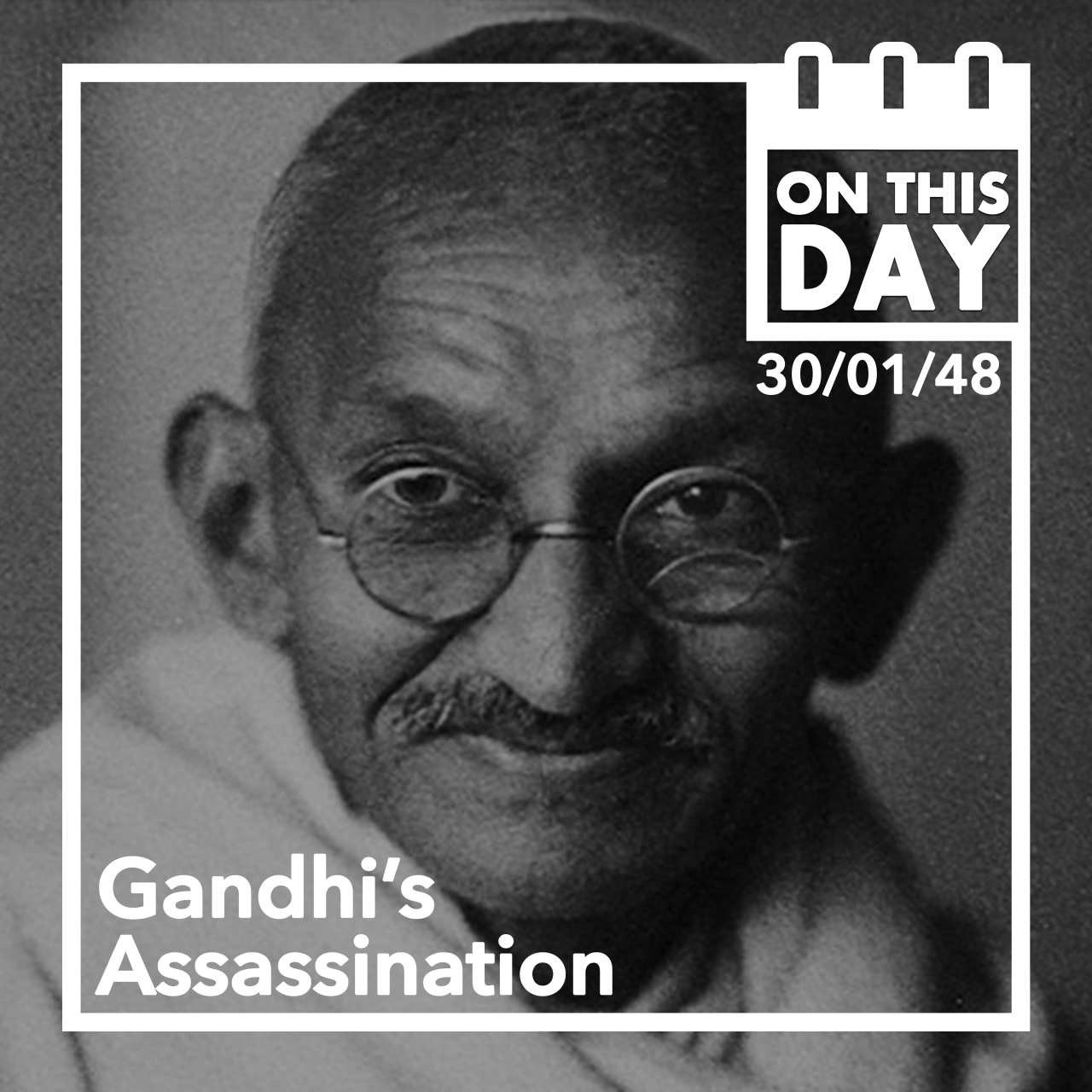 The Indian leader Mahatma Gandhi was assassinated by a gunman on this day, 75 years ago. There’s so many stories about the iconic statesman who rose from the brutal scars of abuse to become a man with an almost god-like reputation among the Indian people and a fearless champion of the ‘untouchables’ often being seen in some of India’s worst slums. Gandhi insisted on living a humble life in contrast to other heads of state, wearing simple clothes, travelling third class and staying in basic accommodation.

Gandhi believed he was living without the need for security guards but in reality they were everywhere dressed as slum dwellers. The train carriages he travelled in, were only attached to the engine unit, so he was actually travelling solo with just a guard onboard. Not really a budget option, more like a very expensive one. Many obstacles were overcome to allow such a powerful man as him to be so accessible. After he died, one of his closest aides was quizzed about the way Mahatmas Gandhi had lived. The answer was very interesting “You have no idea what it took to keep that old man in poverty!”

A quick glance at the Bible could give the impression that Jesus lived the same way as Gandhi, refusing the privileges of a respected rabbi in exchange for a life on the street. He certainly spent his days travelling on foot among the dust and the dirt and was frequently seen among the destitute and discarded people. Even the harshest critics of Christianity who reject the claims of Jesus, would concur that he lived a very humble existence. But it was far from a political demonstration or to attract attention to himself, his teachings or his miracles. Jesus lived out his life as a signpost back to God the Father, revealing his heart for the people at the end of the queue who were shunned by the religious system of the day. The shadow of the cross was being cast upon the street everywhere he went. Jesus didn’t simply live a good life,  he died the death of a common criminal for the sum total of human failure. Then he rose to life again, opening the way back to an eternal relationship with God for all of us. 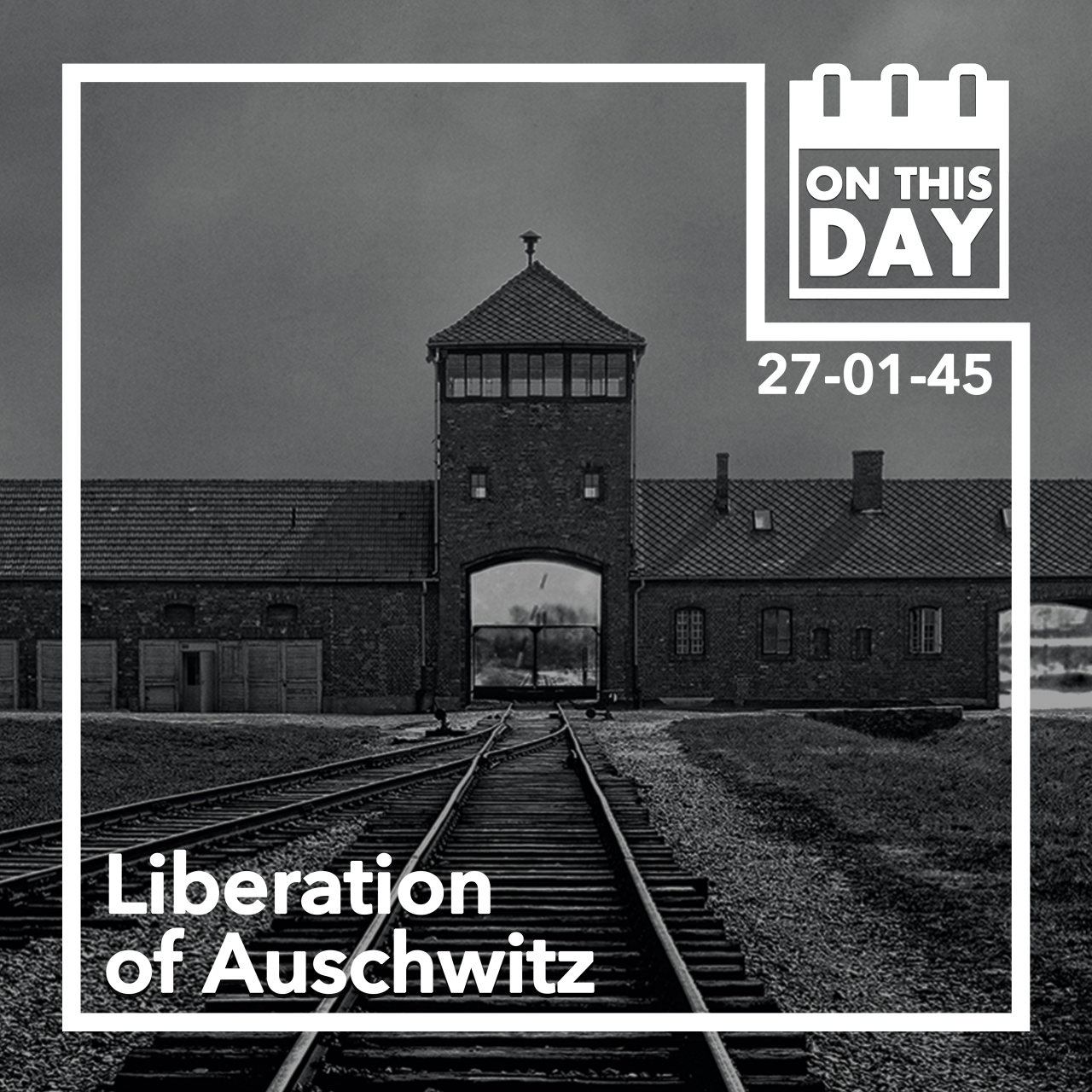 On January 27th 1945 as World War Two was reaching its final phase, Allied Forces raided an isolated complex in southern Poland. They were confronted with the most horrific scenes imaginable. The appalling images that were captured that day would stain the history books forever. 6,000 innocent Jewish people, most of whom were dying were located and given emergency medical care. The entire free world suddenly was confronted with the reality of Nazi Germany’s ideology and the lengths to which its leaders were prepared to go to impose those views upon the rest of us.

Of the six million Jews who were slaughtered in World War Two, over a million of them perished in the chilling gas chambers of the Auschwitz-Birkenau concentration camp. In 2005 a United Nations Resolution was passed to commemorate the 60th anniversary of the liberation of Auschwitz. January 27th is now a day when many nations mark Holocaust Memorial Day. The systematic extermination of such a vast number of Jews, along with other groups deemed unworthy to live, is one of the very worst examples of the evil people are capable of. A crime of such vast scale plunged mankind to previously unfathomed depths of depravity.

I’ve often wondered what it was about the Jewish people that made them such a target for hatred. The history of that remarkable people is recorded in the Bible, the epic account of a God who has relentlessly loved humanity in spite of our rejection of him and the ensuing chaos in the earth that he has created. The Bible graphically portrays God’s pursuit of the affection and faithfulness of his people. When Jesus came, the divine covenant between God and Israel, the Jewish people, was extended to the Gentile, or non-Jewish world. This does not mean that God has forgotten Israel, simply that everyone else has been included in on the promise of eternal life in relationship with the one true God. That promise is personalised for each one of us when we recognise our profound need of the personal salvation that flows form the cross of Christ. John F Kennedy was sworn in as the 35th President of the USA on a wave of optimism across the nation and the world on January 20th 1961. Many were cautious because he was a Roman Catholic who owed allegiance to the Pope, the sovereign leader of another state. JFK came to power surrounded by the seismic issues of the Cold War, the Space Race and the Civil Rights Movement. He was a man of tremendous energy, charisma and vision who spoke forcefully about America’s place in the world.

Kennedy declared that the “torch has passed to a new generation of Americans” and called on them to “ask not, what your country can do for you, but what you can do for your country” His inauguration address gripped the world’s media. The speech is famous for several comments he made, including the assertion that “the rights of man come not from generosity of the state, but from the hand of God.” In saying that, JFK defined the value of each one of us. A value that is not dependent on our ethnicity, our financial means or where we happened to be born. Our identity is rooted in that eternal unshakable truth that we are created by a God who longs for relationship with us. We are not here by accident nor by a soulless evolutionary process. We are here because a Father called us into existence and has placed a price tag on us, equivalent to the life of his son, Jesus.

President John F. Kennedy’s life was brutally ended by a sniper’s bullet in Dallas, less than three years into his presidency. For many, it brought the dream of a new America to a devastating halt. Political commentators have debated ever since about what might have happened if he’d have lived to implement the changes he believed in. Having said all of that, Kennedy was flawed like the rest of us. He seemed to live out his public life surrounded by conjecture and even direct accusations of moral failure. It’s a stark reminder that leaders, even great ones, are human with all the same struggles as the rest of us. Nevertheless, the heart-cry of the man who stood before the world on January 20th 1961 echoes today. Our true identity is defined by our Creator Father not by the troubles and lies of today. 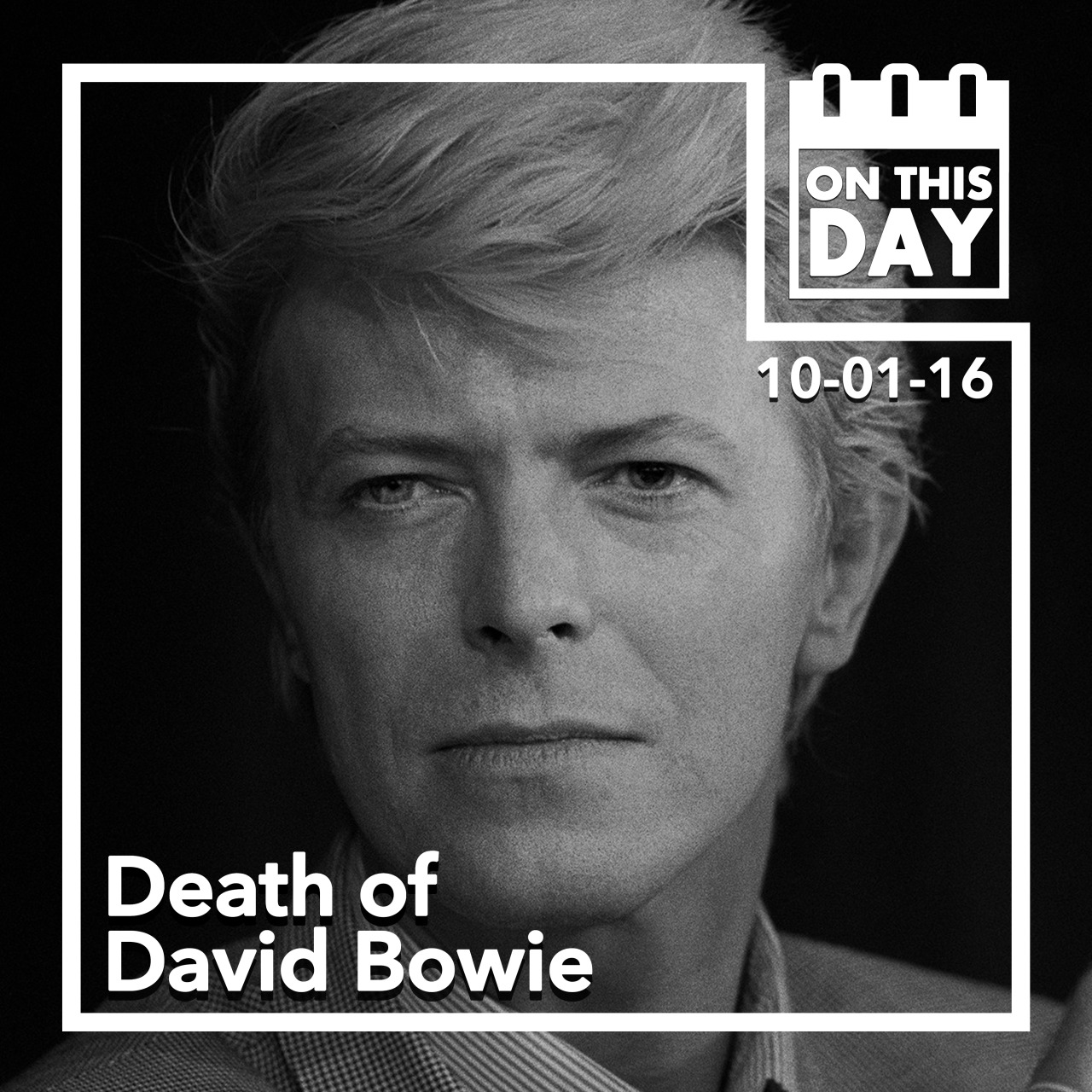 On January 10th 2016, musical genius David Bowie sadly passed away. Without doubt, Bowie was one of the seminal artists of the last few decades and very switched on as well. In 1999, he made this accurate prediction about the dawning of the digital age “We have not even seen the tip of the iceberg of what the internet is going to do to society both good and bad is unimaginable.”

Three years later he spoke with remarkable insight into the shape of the music industry, saying “The transformation of everything we ever thought about music will take place within ten years, nothing will stop it. You’d better be prepared for doing a lot of touring because that’s the only unique situation that’s going to be left. Music is going to become like running water, it’s not going to work by labels and distribution in the same way.”

David Bowie was clearly an extremely perceptive guy with an uncanny ability to predict what was about to happen. Not a bad person to have around if you were into scratch cards and the National Lottery perhaps? But on a more serious note, he appeared to live with a sense of his own premature death following a prediction from a psychic in the 1970s who told him he would die at precisely the age he did. Slightly spooky I reckon!

The Bible tells us to stay clear of the paranormal and especially those who market it. We have one life and at the end of that life, we will stand before the throne of God. Our eternal future is not determined by such things as talent, wealth, status and success but on one simple criteria – our response to the person of Jesus Christ. When the Son of God stood before the man who would send him down to be crucified, that Roman governor asked the watching crowd this question “What will you do with this man Jesus?” The same question still sounds out into the world today. It is the most important question of all. 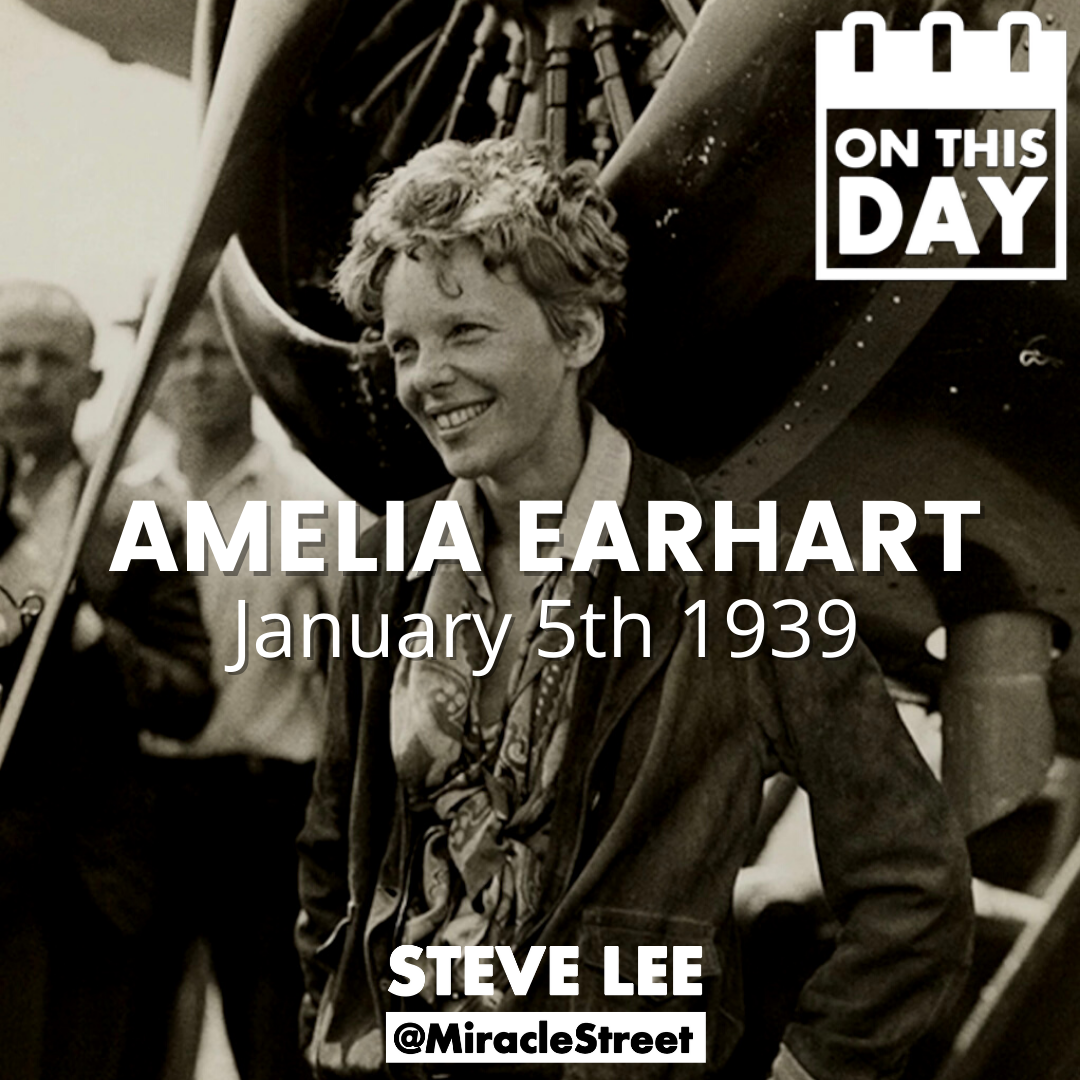 On January 5th 1939, the death of a famous adventurer was recorded after she had been missing for a year and a half. Amelia Earhart was born in the American Midwest to a mother who wanted her to be a ‘proper lady’. Amelia, on the other hand, was more interested in chasing her dreams than curtailing to society’s expectations of what girls were supposed to do. While still in her twenties, she accepted an invitation to be the first female passenger to fly to England. She was bitten by the ‘flying bug’ and the rest, as they say, is history.

Throughout the 1930’s, Earhart was constantly in the sky and soon became an A list celebrity in America. She was the first woman to pilot a plane across the Atlantic and then her big break arrived. At the age of 41, she took off from an airfield in California to fly solo around the globe. Amelia remained at the controls for 12 hours every day, often landing and taking off in extremely remote locations with only rudimentary navigation equipment and techniques. On July 3rd 1937, communication was lost and a search and rescue operation was launched. Amelia Earhart was never found nor was any wreckage of her plane recovered. This was the last telegram she sent: DO NOT WORRY. NO MATTER WHAT HAPPENS IT WILL HAVE BEEN WORTH THE TRYING. AMELIA.

From an early age, I’ve been captivated by the stories of people who have bucked the trend and done extraordinary things with their lives. When I first became a follower of Jesus, I remember having a sense that I’d been born for a reason and that there was a life on offer to me that only I could live. Amelia Earhart had a belief in God but was not keen on the restrictions of organised religion. The final words go to the great woman herself and they carry a poignant message for us today.

“Don’t think for an instant that I would ever become an atheist, but there is a great deal wrong with the church’s methods. It is not the clergy nor the people that are narrow, but the outside pressure that squeezes them into a routine.” (Amelia Earhart)

Please click and copy the link shown in the box below. You can enter this link into your favourite RSS news reader app or an online service.

Once subscribed to the RSS feed, you'll get notifications about new blog posts. 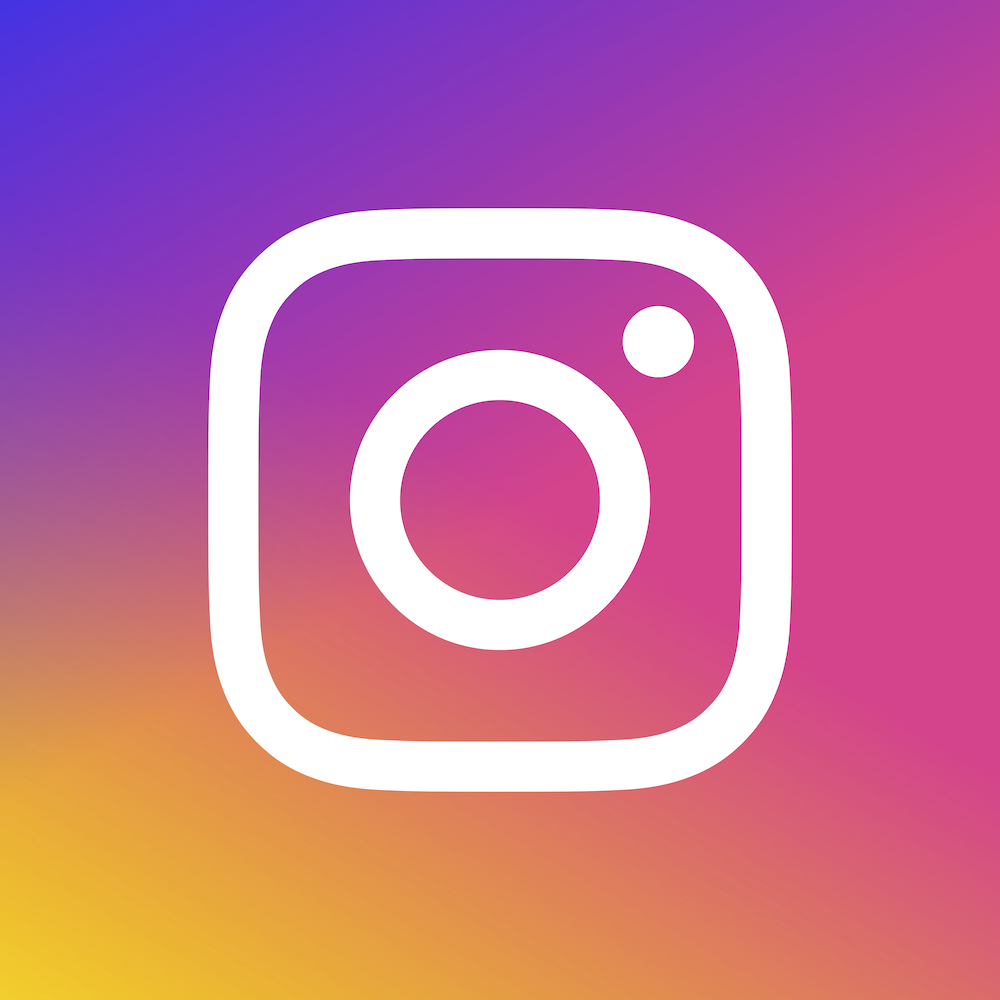 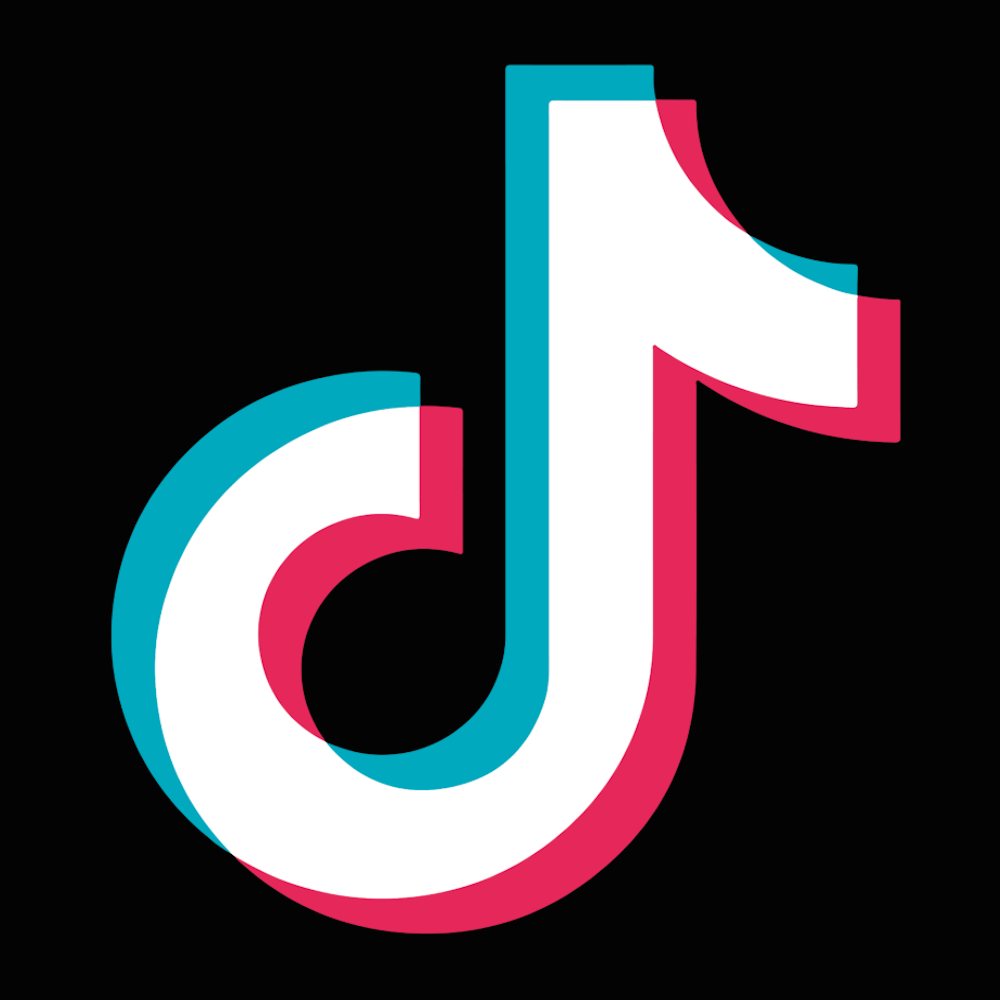 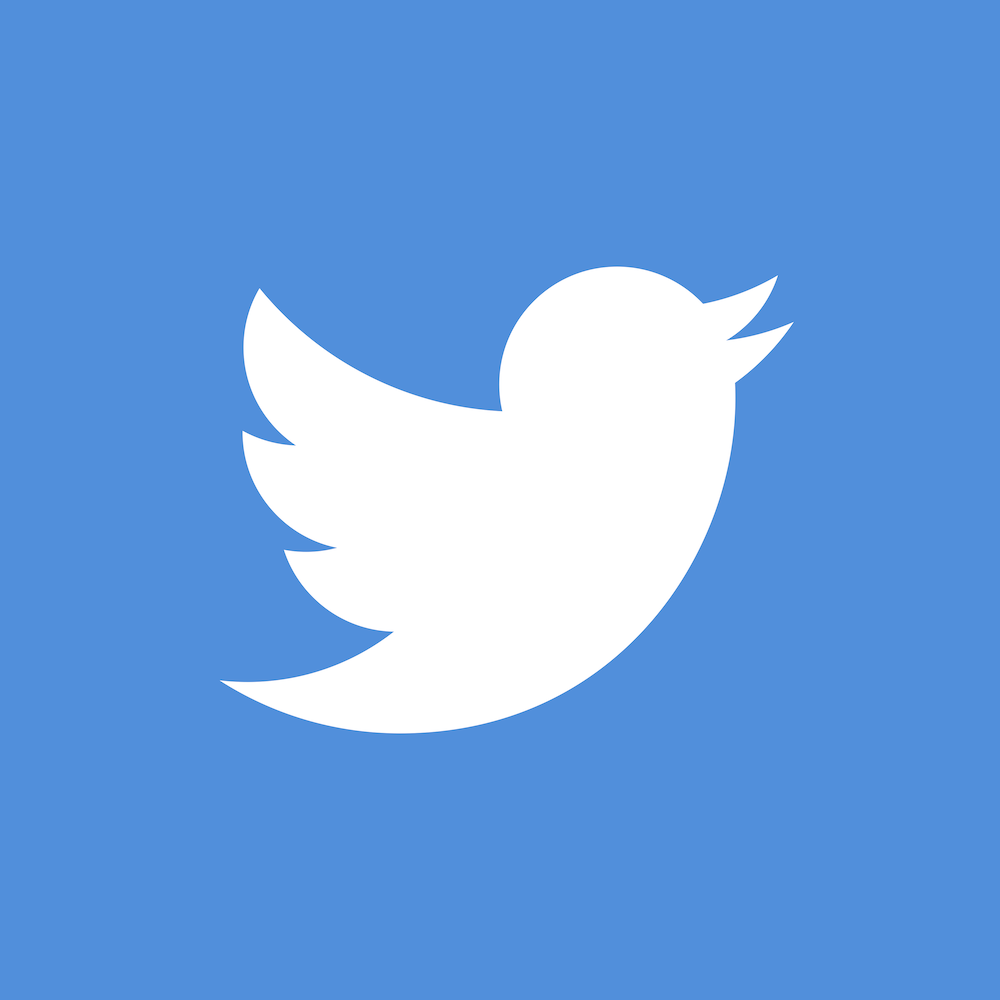